When It Comes to Giving, Patience Pays 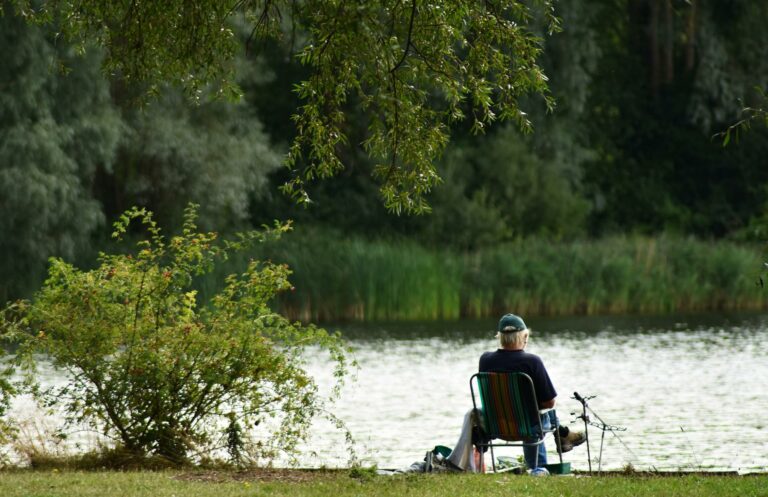 Few companies are as profitable as Apple. Most Apple products are met with immediate acceptance and quickly become best sellers producing millions of dollars in their first year. But this is not always the case, as reported in a recent Wall Street Journal article entitled “When Did We All Start Using Apple Pay?” The answer could be summed up in this statement, “It would take work to build the technological infrastructure for iPhone users to start using Apple Pay. It would also take waiting for the public to get comfortable with change.”1.

Waiting is not something that comes easily. The Wall Street Journal article begins with this statement, “Patience isn’t the most popular virtue in Silicon Valley, where companies aspire to move fast….” Sometimes fast doesn’t happen, especially when launching anything new. This is true, especially in church. The Apple Pay story illustrates how one key to seeing anything new gain acceptance is patience.

Apple is now reaping a windfall in profits that are projected to keep on growing. What lessons can we in the Church learn from Apple’s experience?

Change is inevitable, and we must adapt. You can imagine the angst at corporate headquarters when Apple Pay, after two years, had only been activated on 10% of iPhones. After stating the statistical rise of Apple Pay, the article states, “So, what changed? We did. Apple’s executives remained confident about the future even when the present wasn’t so rosy because they could look at the rest of the world’s acceptance of contactless payments and see that the U.S. was lagging years behind.”3. Apple executives saw the rise of contactless payments worldwide and knew that, sooner or later, Americans would embrace this technology. They were right; we did change. Like it or not, the way Americans do commerce has changed, and we in the Church must adapt to meet those changes.

Embracing change takes time. Apple customers are some of the most loyal consumers in the world. People stand in line for hours to be the first to purchase the latest Apple product. They are early adopters. But the slow acceptance of Apple Pay is a lesson in how change takes time for some people to embrace. Churches have always been historically slow to respond to change. Patience is often required to give any new platform time for your members to embrace. This is especially true for technology issues. This leads to another lesson.

There are several reasons why we typically find that a church has not seen online giving connect well. In a recent blog post for my sponsor, Onlinegiving.org, I wrote the following reasons why churches often struggle with their members adapting to online giving.

The timing was not right. Before COVID, we heard excuses like, “We tried it a couple of years ago, and no one used it.” This is like saying you tried it a decade ago in our technological age. Things are changing so fast that it is often difficult to keep up. While online giving has, thanks to COVID, gained almost universal acceptance, other digital forms of giving, like text and app giving, still face resistance from many churchgoers. Again, change, or anything new, typically takes longer for church members to embrace. If you previously tried a platform and no one used it, try relaunching that tool.

The tool was not properly launched. Online giving is a tool. Like any tool left unused or improperly used, it does not fulfill its intended purpose. Educating and training members on using your online platform is essential for success. Members will not use what they are uncomfortable with. Take the time to educate your members on all the various ways they can give, and you will find they are more apt to use those tools.

It is seldom, if ever, mentioned. You cannot simply set up online giving and hope that your members find it. They won’t. It would help if you informed donors of the multiple ways to give and educated them on how best to use these tools. In terms of online giving, the most successful churches regularly keep the various giving options constantly in front of their people.

By avoiding these mistakes, you will find an increase in online giving that will translate into an overall increase in giving. To read more, go to https://www.onlinegiving.org/blog.

Here is another lesson from Apple Pay, the easier you make it for people to give, the more likely they will give. What was the driving force behind Apple Pay? Ease of use. Contactless payments are perhaps the easiest way to give. Apple knew that if they made paying easy, people would use their product more and thus make more money for the company. The Church doesn’t exist to make money, but we do use money to further our work. Thus, the more money received, the more missions and ministry we can do. The 21st-century church must provide multiple easy-to-use options by which people can give to support our life-changing work.

One final lesson from Apple Pay is that new technology is an entry point for younger generations. The Wall Street Journal reported that Apple Pay is the top payment app for teenagers. Why is this important? Because the Church is undergoing a massive shift in generational giving as our key donors are aging and moving off the stage. Younger generations have yet to rise to the level of older generations. Using technology that youth are comfortable with, your church can begin discipling the Next Generation of donors. Again, the easier we make it for people to give, in the way they like to give, the more apt they are to give.

Will tools like Apple Pay and other contactless payment forms turn around the decline in giving? It might not immediately impact giving, but it will reap long-term benefits. Remember, “It takes patience to reap the benefits of patience.”