What a Lottie Moon Offering Taught Me About Giving 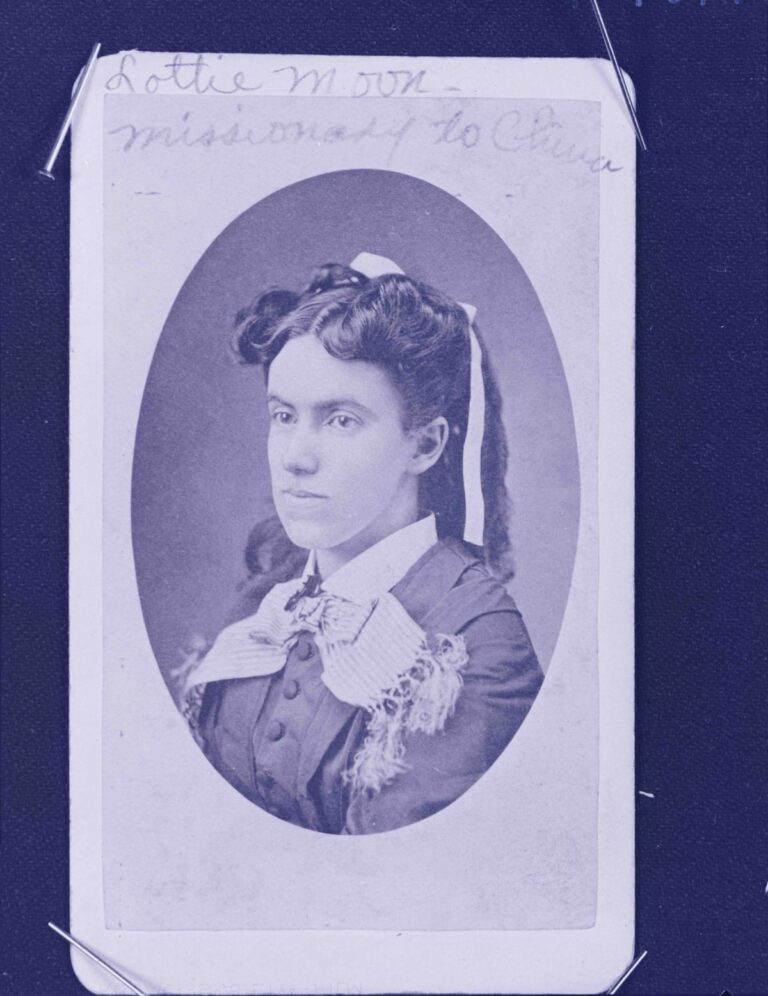 “How many of you have a dollar bill on you tonight? Hold them up.” I made that comment one Sunday night in late December at the church I was pastoring. It was the typical Sunday night crowd of around 150 adults and youth. Across the sanctuary, hands went up, waving dollar bills. I said, “I’ve been informed that we are just over $100 shy of breaking our Lottie Moon Christmas Offering goal. If every one of you will put that dollar in your hand in the offering plate, we can pass that goal tonight.” They did exactly that, and we set an old-time high giving amount for Lottie Moon.

That offering helped solidify my pastorate, lasting fifteen years and, still to this day, is the longest of any pastor in that church’s sixty-year history. A few months before that offering, I had shocked my WMU ladies when I declined to allow them to put a Lottie Moon offering poster on the front of the pulpit. That was how they had always raised awareness in the past for the annual Christmas offering for Foreign Missions. They had come to my office already shocked at my announced goal of $10,000. The previous year’s total was about $4,000 less than that. I was a young new pastor barely out of seminary when I took the helm of that church at the ripe old age of twenty-six. These seasoned ladies, who could have been my grandmother, were certain I was leading the church to failure.

My motives might not have been pure as snow, but I determined we would raise $10,000, if for no other reason than freeing the pulpit from ever being a billboard again. If I failed at this, I wondered what might lie ahead. That Lottie Moon Christmas Offering taught me a few things. Here are a few lessons.

Don’t make it not about reaching a goal but about reaching people. Many folks had their eye on the numbers. In what had to be the Lord’s prompting, we used materials from the then Foreign Mission Board that told the story of missionaries worldwide. Through videos, which were novel back then, and print materials, we could show our members the value of the cause we were giving to. Every dollar would go to winning people overseas to Jesus. That allowed me to connect giving to life change rather than hitting a goal or number. The stories we told and shared moved our church to give generously.

The best way to raise money is to talk about what money does. It took me a few more years to understand and implement this, but that Lottie Moon offering showed me the power of using stories to raise dollars. That offering also showed me that if you put time into something, you have a better chance of success. Much later in life, I would work to transform every offering time as a mission and ministry moment, helping people see the joy of generosity.

People will respond when you challenge them to give to a cause they believe in. It wasn’t the $10,000 that motivated my church to give so generously above the previous year. It was that 100% of the money went to the mission field to advance The Great Commission. That’s why, after that Sunday night offering, no one complained about how I had manipulated them into giving. It is the only time I can ever remember an offering being taken up that had people actually laughing. They might have been laughing at me, but they gave cheerfully.

One more lesson, when you lead, people will follow. I was the first person to hold a dollar up, and I made sure the ushers turned around to collect my dollar. I can’t remember another time where I gave publicly like that, nor any other time where I held a wave offering. I learned over time that people know if you have a generous spirit or not by how you live your life. I also learned that generosity will come back to you when you model generosity. At the same time, I learned that people will follow a leader who has his eye first on the Savior and then on those He came to save.

Setting a $10,000 goal was almost double last year’s goal before I became their pastor. But I knew we could do it, and I kept missions and that offering in front of our folks from Thanksgiving until the middle of January. They followed my leadership, and we never again put a poster on the pulpit.