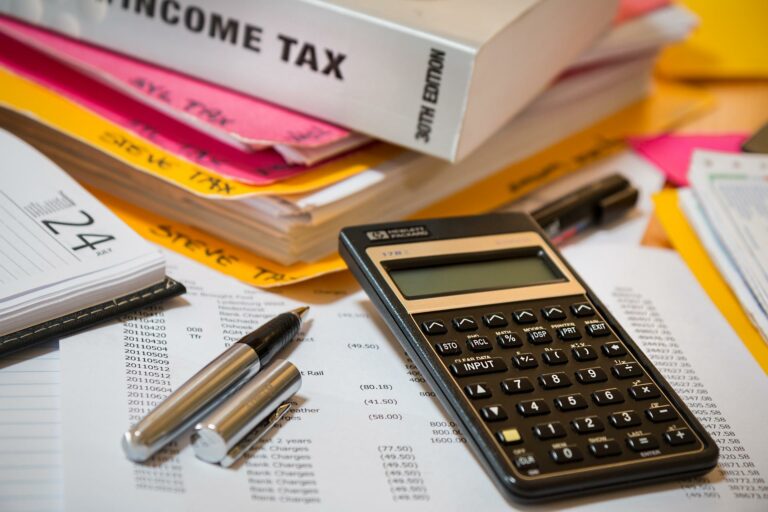 “Give to Caesar what is Caesar’s and to God what is God’s.” Matthew 22:21 Those were Jesus’ words in answer to a trick question presented to him by the Pharisees. The question was, “Is it right to pay taxes to Caesar or not?” Paying taxes was a huge issue for first-century Israelites as the conquering Romans imposed heavy taxation that was highly unpopular. The Pharisees hoped to pin Jesus on the horns of a dilemma. Siding with the Romans could ostracize him from popular opinion. Going against Rome’s taxes would put Jesus in the cross hairs of the ruling authorities. With his answer to the Pharisee’s question, Jesus escaped their trap and, in doing so, forever settled the tax question for Christians.

If there was any doubt, the Apostle Paul, in writing to the church at Rome about submitting to a government authority, stated, “Give everyone what you owe him: If you owe taxes, pay taxes; if revenue, then revenue; if respect, then respect; if honor, then honor.” Romans 13:7 It is worth noting that both Jesus and Paul referred to the same oppressive Roman government. Yet, Paul would say in verse six, “This is also why you pay taxes, for the authorities are God’s servants, who give their full time to governing.”

Like it or not, Christians are thus commanded to pay their taxes whether they agree with the government or not. But does that mean we must pay more than our fair share? No. In fact, not taking allowed deductions is poor stewardship. Many people are unaware of the potential tax benefits of giving to your church. As you begin end-of-year giving preparation, it pays to know how tax planning could increase giving at your church. It also pays to know about current changes in the tax system.

First, let’s deal with this question. Are gifts to your church tax deductible? The answer is maybe. Technically, the answer is yes, but only if you qualify. In 2017, new tax laws were enacted, increasing the dollar amount needed for itemizing your deductions. For example, for married couples filing jointly, the amount needed for itemizing your taxes went from $12,700 to $25,100 in 2021. Single taxpayers and couples married but filing separately saw a rise from $6,350 in 2017 to $12,550 in 2021. Thus, charitable giving is deductible if all your deductions meet the minimum. If the total number of your deductions, including gifts to charities and churches, falls below that number, you can’t claim those gifts.

The Coronavirus Aid, Relief and Economic Security (CARES) Act, enacted for 2020 and extended to 2021, included several temporary tax changes helping charities, including the special $300 deduction for individuals and $600 for married couples. The temporary tax law was designed especially for people who take the standard deduction rather than itemizing their deductions. To date, the CARES Act has not been enacted for 2022. Thus, for 2022 the standard deduction amounts will increase to $12,950 for individuals and married couples filing separately, $19,400 for heads of household, and $25,900 for married couples filing jointly and surviving spouses.

The effect of this new law was that many failed to meet the standard deduction amount needed. The law slashed the number of people who itemize their charitable contributions by more than half to 16 million, the vast majority of whom are high earners. So, while charitable giving can help you hit those numbers, fewer Americans were able to itemize their taxes, and thus their gifts to your church are not tax-deductible. However, there are still ways in which tax planning can help you increase giving.

Seniors to the rescue! While most of your members have lost the ability to use their tithes and offerings for a tax write-off, that is not the case for many of your Baby Boomers or your remaining Elder generation. According to a recent article in the Wall Street Journal, traditional IRAs held about $11 trillion at the end of 2022’s first quarter. The article stated, “With the demise of pensions, traditional IRAs are now the largest financial account many people have, especially Baby Boomers – so it’s worth knowing about tax strategies in using them.”1. One strategy is taking money from an individual retirement account (IRA) and donating to charity. This strategy fits perfectly with the IRS’s rules on the Required Minimum Distribution amount, the amount of money that you must withdraw from almost all tax-advantaged retirement accounts each year once you turn 72.

How the Required Minimum Distribution (RMD) can help increase giving. An IRS rule says people must start taking money out of certain retirement accounts the year after they turn 72 (or 70 1/2 if they reached that age before Jan. 1, 2020). Most of these withdrawals are considered income. However, all or part of the required distribution can be given to charity in a “qualified charitable distribution,” thus lowering the tax burden. A QCD is a nontaxable distribution made by your IRA directly to the charity of your choice, up to $100,000 per year.2.

Making a QCD is one of many ways that your Boomers and Elders can work to plan out their giving to minimize their tax burden. As we move into the fall season, when many begin thinking about tax planning, we can educate our members on how to use tax planning to better position themselves financially and make a difference for eternity. For more information, contact the Missouri Baptist Foundation at 573-761-0717 or visit their website at https://mbfn.org/.

“But I was born a citizen.” Tax planning is not the same as tax avoidance. Scripture is clear that we are to pay our fair share. But why not use the benefits given to citizens and avoid paying too much? The Apostle Paul set the example of how to use citizenship. Acts chapter twenty-two records the story of Paul being arrested at the temple in Jerusalem. As the Roman soldiers stretched Paul out to be flogged, he asked the centurion, “Is it legal for you to flog a Roman citizen who hasn’t even been found guilty?” When the guard commander questioned Paul about this, he stated, “I had to pay a big price for my citizenship.” Paul’s response was, “But I was born a citizen.”

God has blessed us to live in this great country that allows you to deduct, with some limitations, gifts to your local church. Our motivation is never to give because of possible tax deductions. We give out of obedience and a desire to see our gifts help make a difference. At the same time, it’s good stewardship to use our citizenship benefits in tax planning. Helping our members plan well will reap the reward of increased giving for Kingdom purposes.