The Economy Is Impacting Giving 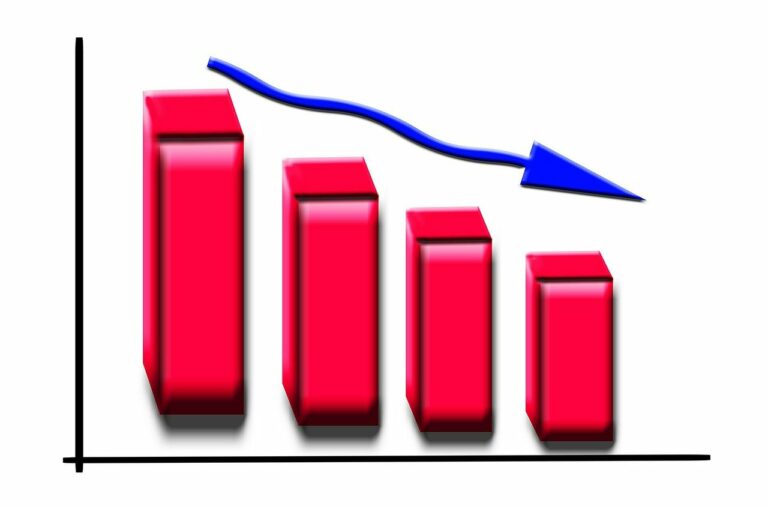 November Cooperative Program Allocation Budget report shows impact of economic woes. That was the headline of a Baptist Press article published in early December 2022. Don’t feel bad if you missed it. It certainly isn’t a compelling headline. Even if you read it, I doubt it elicited much response. But it should. Why? Because CP giving was down two months in a row.

This means that Southern Baptist entities had $2.1 million less to help us fulfill The Great Commission.

Baptist Press summed up the negative giving with this, “The 2023 fiscal year for national Cooperative Program is off to a slow start due mainly to negative economic forces affecting churches and individuals across the country. Inflation worries and rising interest rates in recent months are beginning to impact church and personal giving as shown in a below-budget start for the 2023 SBC fiscal year. Nevertheless, churches gave nearly $15 million through the national Cooperative Program Allocation Budget in November.”1.

A Lifeway Research study last year revealed that “2022 marks the first time since 2016 that more than half of pastors feel the economy is having a negative impact on their churches and the first time since 2012 that fewer than 10% of pastors see the economy as having a positive effect.”2. Cooperative Program giving is providing us with factual data to support this view.

Guys like me pay a lot of attention to CP giving. While only one denomination, the SBC, America’s largest Protestant denomination, is spread across the country. This gives us a broad view of how events like the economy are impacting giving. As a Southern Baptist, I know that if CP giving is down nationally, then it stands to reason that churches from Saint Louis to Kansas City are probably experiencing similar giving results. The economy is impacting giving. One question is, for how long and how deep might the damage be?

Here is my concern. Reports like the BP article in early December are quickly forgotten. In fact, by the time this is published, we might have better numbers due to end-of-year giving. Let’s pray so. The problem is that December, typically the best-giving month of the year, only comes once. If we sweep those two months of negative numbers under the rug, we might be in trouble without realizing it.

That same holds for your church. Being down two months in a row adds up, and it makes catching up more difficult. If uncorrected, it won’t be long until you will be forced to cut spending, eliminate programs, and potentially lay off staff. The holidays are over, and it’s time to keep our focus on our state of giving.

The SBC operates its fiscal year from October 1st through September 30th. To be behind after only two months is a concern to be addressed. Some reading this run their budget on the calendar year. If that is you, I have bad news for you. In my experience, the first six weeks of giving are the second worst giving period of the year after July. At the same time, you are experiencing that slow six weeks of giving, inflation, and the economy are eating away at your bottom line. No church can afford two months of giving decline and continue to do the missions and ministry they feel led to pursue for the Kingdom.

After watching my client churches struggle through the first six weeks of the New Year, I wrote a playbook to address this. It’s called Six Weeks to Giving Success: A Step-by-Step Guide to Start your Giving Year Out Right. You can find out more about it here: https://acts17generosity.com/shop/six-weeks-to-giving-success/.

Let me share with you one final concern. I quoted from the Baptist Press December article about November CP giving. The quote ended with this line:

I know the writer was trying to put good news on the bad news, but comments like this elicit a different response for me. It’s like me saying, “My Sooners lost their bowl game; nevertheless, they scored a lot of points.” They still lost. As the old saying goes, “close only counts in horseshoes and hand grenades.” When I see “nevertheless,” I can count on the next words being spin.

I fear that we are minimizing a trend of downward giving by continually lowering the bar. We lowered budgets due to the pandemic and are evaluating current “success” based on adjusted numbers. We must begin asking questions and probing further about the reasons for the decline. We then need to act upon what we find. That is true for the Convention and every local church in the SBC.

Has the economy impacted giving at your church? We are asking that question of MBC pastors. If you would like to be part of this Missouri Baptist Pastors Speak Up About the Economy, email me at:

As we start this New Year, the Stewardship Journal’s third, we will be keeping our eye on giving providing you with advice and help to build a culture of generosity at your church based upon biblical principles. Your mission is too important to be stopped by the economy!