Missouri Baptist Pastors Speak Up About the Economy and Giving 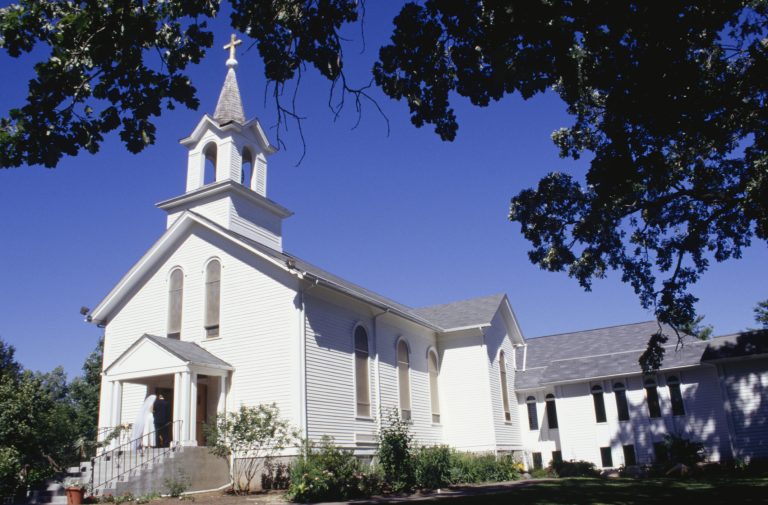 In our first issue of 2023, we focused on the economy and its impact on giving and churches. Our lead article was about the slow start the Cooperative Program has seen to the new fiscal year. Going into December, giving was -6.82% behind budgeted needs. Baptist Press summarized the information by writing, “The 2023 fiscal year for national Cooperative Program is off to a slow start due mainly to negative economic forces affecting churches and individuals across the country. Inflation worries and rising interest rates in recent months are beginning to impact church and personal giving as shown in a below-budget start for the 2023 SBC fiscal year.” We thought it would be interesting to see what Missouri Baptist Pastors are experiencing. We sent emails to several pastors, and here are their responses.

We began by asking, first, if they met their budget numbers last year. Here is what a few said.

Dennis Gard, Pastor of Central Baptist Church Eureka MO, gave this answer, “We did not meet our “Budget numbers” in 2022; however, we rarely meet our budget numbers. The reason is because we over project and often must limit some budget areas rather than being honest with our estimates. This allows us to adjust ministry needs based on the situations we encounter each year. Perhaps we should be more realistic, but it’s easier not to spend all the allocated money than to change the numbers later.”

Brad Delaughter, Lead Pastor FBC DeSoto, shared, “In 2022, we came in just shy of hitting our budget numbers, reaching 99.8% of receipts, but came in under budget in spending. Additionally, we had almost $300k given in designated gifts.”

Greg Fine, Sr. Pastor FBC Higginsville, said, “No, we did not meet our 2022 Budget Goal. We ended the year at $19,706, below our budget goal for the year. That represents about 4.35% of our total budget for 2022 ($452,652). In addition to not meeting our budget goal for the year, our spending was greater than our receipts by approximately $10,000. Fortunately, we have reserves in cash from previous years when we had some excess receipts above our expenses that carried us through this year. On a positive note, we did meet our goal for the Lottie Moon Offering. Our goal was $12,000 and, to date, we have received just over that amount ($12,111.00). Praise the Lord, our mission giving remained strong in 2022 even though our budget giving struggled and suffered because of the economic situation.”

Randy Shipman, Sr. Pastor FBC Clinton was one of the few that we spook with that saw an increase, albeit small. Randy said, “First Baptist Clinton finished the year with receipts over budget by just under 1%.”

We then asked this, how is the economy hurting your church?

Dennis Gard said, “Currently, the Economy is not affecting our giving in the church. However, while inflation is up, people are still earning a good wage and have expendable cash now. I worry that as the recession becomes greater, we may see giving impacted. It could become an issue within the next 6-12 months as the economy slows and companies lay off workers. I believe this will begin soon as they continue to increase interest rates to slow the economy. A slow economy impacts giving more than inflation. Inflation affects spending chase, but those who tithe, they typically have budgeted for the gift. Thus, their extra spending money is more affected by inflation. However, when a recession hits and people lose jobs or have other economic factors, then giving will slow. I suspect we may see a decline in giving by mid-summer. However, my feelings may change once we get past the Holiday Season because our church giving is always higher towards the end of the year. We typically see a decline in monthly giving from January – March, then it recovers until September – November, when people close out the year strong. Therefore, our giving may be strong because of the time of year. We will know more through July.

Greg Fine said, “We are certainly feeling the impact of the economy. Our church members are struggling, like everyone else, to pay higher costs for about everything. That certainly has impacted the giving side of the equation for ministry. The spending side of the equation has also been hit with increases due to inflation. Our insurance premiums and utility expenses have increased as well as literature for Sunday School. In addition to the strain from the economy, we have had several of our faithful givers pass away or move away in the last two years, and that has also impacted our finances as a church.”

Randy Shipman said, “We are experiencing increases in all the areas listed above. But God has blessed us; our income exceeded our expenses by $43,000.

Brad Delaughter said, “We have had to adjust for both building and health insurance. We will be looking at adjusting our employees’ health coverage over the next year or two to navigate the inflation crisis. We are having to plan out smaller maintenance and building projects that we normally would just tackle as they come up, but with material and labor costs, we are unable to do that.”

The economy impacted our budget planning in two major areas: salaries/benefits and building insurance. With the aggregate inflation over the past three years, we gave full-time staff 5% raises and bonuses and larger bonuses for part-time staff. We also adjusted our projections for building costs and insurance. While these were considered, we also did some budget configurations that were creative. We moved some percentages around and increased our world mission offering significantly. The total budget increase from 2022-2023 was around 1.75%, and we got everything we wanted.

Randy Shipman said, “Inflation and the increase in the minimum wage were both factors in our 2023 budget planning. Our 2023 budget is 14.4% more than 2022. This is our largest weekly increase since 2004.”

Greg Fine said, “The current economy and strain certainly factored into our budget planning for 2023. Because we were so far behind in our giving at budget preparation time, we made a conscientious effort to hold the line where possible for expenses in the 2023 budget. The committee did grant a generous increase in staff compensation due to the current rate of inflation, but we were able to do so because two of us on staff turned 65 in 2022, which resulted in some tremendous savings in health insurance premiums. What we saved in insurance premiums was applied to staff compensation keeping the overall numbers about the same as in 2022.”

Dennis Gard said, “The economy did not impact our budget planning. We increased our budget by 10%, but this was partially based on growth and known repair needs. We also are in the middle of a construction fundraiser to remodel our sanctuary, and God has blessed us greatly. I think giving often depends on the faithfulness of the giver, not the economy. I’ve pastored through strong recessions and not seen a change in giving patterns. I believe givers often give even when it hurts.”

Thanks, pastors, for sharing your story. We love hearing from the field. How has the economy impacted your church? We would love to hear from you. To be on our list, email Rob Phillips at rphillips@mobaptist.org.